« Back to My Author Blog « Older Entry | Newer Entry » 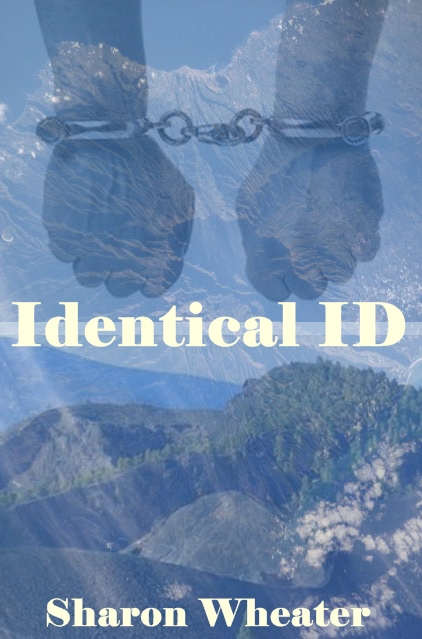 Friday was my hubby's birthday, 40 years old...told him its all down hill from there. We had a lovely meal and drinks afterwards. Saturday (feeling a little unwell) we went to a hog roast in aid of charity. I have offered to sing at the next one to help and that I can help out with the organizing, its great to do something unselfish, it makes you feel accomplished and that you have done something to help and give, even if its only time. Sunday we did very little, went out for a nice meal Sunday night. Monday we took the in laws to Benidorm which in 8 years of living here, was a place they hadn't visited. It was a great day.

Yesterday I began my new book Identical ID. The story originates from a friend of mine, Sara Jordan, she, like me, has a very odd imagination lol. The story is based on a theory that could happen. One of the Canary Islands, La Palma, is a volcanic isle which is still active and volatile.

It has been said that if this Island has a violent eruption, the island would suffer a slide depositing land into the ocean causing a mega tsunami which would wipe out the eastern seaboard of the USA.

There are arguments saying that it cannot happen but, I have am writing a thriller/action/suspense that is about just that.

Identical ID; A tragic accident turns out to be more than it appears to be. Tia and Kieran, children of two geologists were left alone to fend for themselves. La Palma had brought in a new law, 'one child per family' to ensure that f disaster should strike, they can safely remove the tourists and residents. Tia and Kieran find they are having twins and have to figure a way to raise both the boys without authorities discovering the truth. And they do. Government cover up, murder and more sinister actions are uncovered. Who is telling the truth? Will the Island collapse or is it all propaganda? If its scaremongering, why limit visitors and children? Is it a cover up, conspiracy? Someone is about to find out.

I have added *asterisks so that the reader can google information, this way you can figure out yourself whether or not it is possible for a disaster like this is possible. The release date will be soon, I am looking hopefully within the next two weeks.

The Art of Magic Realm of the Castles is selling and soon it should encourage the sales of Realm of the Northern Castle. Reviews have been superb and all five star.

My poor editor Gill is inundated with my books at the moment, just to tweak them as I wrote both the first books blind. Some grammatical errors are now being ironed out. I am only human, I didn't have my editor at that point but now I worship her!!

I will be promoting a competition for my new book withing the next couple of weeks. So do keep an eye on my website and of course here on my blog. I will be giving away a couple of signed copies of Identical ID.

How many people actually dream of becoming a writer? More than we realize I should think. I often receive questions, asked advice and I do my best to help.

I have been asked what advice would I give to any aspiring writer, and this is my answer;

Never give up, a masterpiece is a long time in the making. Never give up, never let anyone tell you that you can't. Think of your story line and then run with it. But, make sure you investigate all channels before publishing. Your cover is more important than you think.

Oops, you forgot something.

The words you entered did not match the given text. Please try again.

Oops! This site has expired.

If you are the site owner, please renew your premium subscription or contact support.